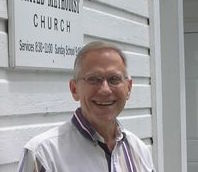 Pastor Gorman comes to us with “humility, commitment and joy.” He believes in serving not only the church and its members but the community, as well. In his two prior assignments, he served as chaplain to the local hospice and the county cancer support group. Among the things important to him are embracing diversity and the role of visitation. He is a proponent of transparency in church leadership and building consensus on divisive issues.
Pastor Gorman’s path to ministry in the United Methodist Church is somewhat unique. Raised a Roman Catholic, he went to minor seminary during his first two years of high school. However, he did not continue his religious studies and went on to college, graduating from Indianna University of PA. Then came a four-year stint in the army, followed by a 27-year career in corporate America, specializing in logistics. Along the way he married Rita who was a Methodist and in order to bring spiritual harmony to the family George became a Methodist. Periodically he felt the tug to enter the ministry and eventually conferred with a Methodist District Superintendent who encouraged him to pursue his calling. Initially, he pursued a bi-vocation, accepting a part-time appointment at Fort Mountain UMC in Franklin County, while maintaining his regular job. Eventually he left secular employment, obtained seminary training from Duke School of Divinity and was appointed pastor at Mount Bethel UMC in Henry County. After six years there, he spent five years at Shady Grove UMC in Halifax County, from which he comes to Palmyra UMC and Haden Chapel UMC.
He and Rita, a retired special education teacher, reside at the Palmyra UMC parsonage with their daughter, Jessica and some furry friends. Their oldest son, Chad, lives in San Francisco, with his wife, Heather, and their three children, Henry, Beatrice, Dorthoy.  Their middle son, Todd, lives and works in Charlottesville.
George extends a hearty welcome to join with him for worship.

Jeff has been choir director and organist of PUMC since 1979. He grew up in Port Washington, NY, where he was truly inspired as a child by the tremendous music program at his church. He later got his Bachelors and Masters Degrees in Music Education and taught Choral Music at Fluvanna County High School for eleven years before going to Charlottesville City Schools to be their Fine Arts Coordinator. He is also the choral director at Piedmont Virginia Community College.
Jeff loves to do architectural drawings of homes, historic buildings, and towns. He is married to Molly and they have one son, Ben, and one grandson, Corey. 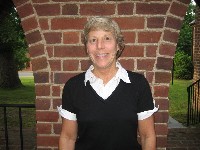 Mrs. Susan O. Nothnagle, a native of Berryville, Virginia, received her Bachelor of Music Education Degree from Longwood College in Farmville, Virginia. She has successfully taught in public schools for twenty-nine years. The bands she has directed have consistently earned Excellent and Superior ratings and have received numerous awards of outstanding achievement. She began teaching at Fluvanna County High School in Palmyra in 1979. For the past eighteen years, she has taught in the Albemarle County Public School System. She was the band director at Jackson P. Burley Middle School for 9 years before moving to her current position at Monticello High School.
Mrs. Nothnagle enjoys playing wind instruments as well as the piano and organ. She has accompanied the Fluvanna Swing Choir, Fork Union Military Academy Choir, Monticello High School Chorus, the Fluvanna Community Singers, “Just Us”, and many other performing groups. She served as organist and instrumental ensemble director for Berryville Presbyterian Church; pianist, choir accompanist and youth director at Fork Union Baptist Church; and organist, pianist and choir director at Kent’s Store Methodist Church before serving as organist and choir accompanist at Palmyra Methodist Church.